Nobody misses Saddam and as my wife points out, his end was fitting. But Josh at TPM nails something that I’d already thought…

If you watch the video of the moments leading up to Saddam Hussein’s execution, am I wrong that it bears a certain resemblance to the terrorist snuff films we’ve watched out of Iraq over the last three years? A dark, dank room. The executioners wear not uniforms of any sort, either civilian or military, but street clothes and ski masks.

Is this something that makes us look better as a nation?

Lots of park visits in the last week. The kids wanted to have a light sabre battle but our apartment isn’t really light saber battle sized. When we got the park, Olivia decided not to battle. No matter – plenty of nerds to go around. We also went to the park with my brother Ken a couple of times. His oldest daughter Lena loves hanging out with the big cousins. One day Kenny, me and the kids went to a park in Hollywood. There aren’t really many parks in Hollywood but Ken has worked in Hollywood a lot so he knew where one was. While we were there, a junkie was threatening to kill his junkie girlfriend. They both had suitcases. The mean junkie dude was grabbing her arm and getting all up in her face about sixty feet from us. Nobody really knew what to do. Ken took the kids further away from them and Shane and I watched. When the mean junkie dude started to get a little more aggressive, I yelled at him to stop and told him that we’d call the police. He suggested I mind my own business but I kept yelling at him while keeping out of what I think of as ‘my personal don’t stab me space’. Eventually, he took his girl around the corner and Shane found a park employee who called the cops. Before the cops got there, the junkie dude walked off in a huff.

I don’t have any pictures of that part.

Today was the first wedding anniversary for Lauren and me but since this will be the tenth year we’ve been together and since our kids Jack and Olivia are five and seven, it’s a weird statistic. I love you, baby.

Flags Of Our Fathers 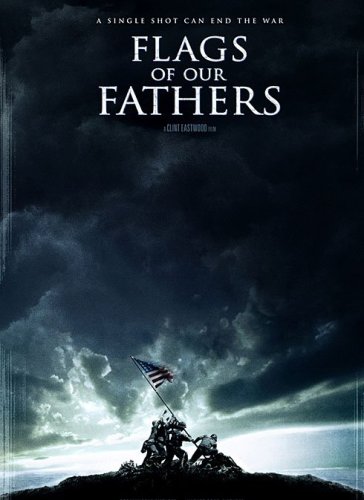 I’m a member of the Art Director’s Guild, which means I get the infamous ‘Academy Screeners’ – DVDs of movies that are sent out by the movie studios for award consideration. In the past few weeks I’ve gotten The Queen, Flight 93, World Trade Center and a few others. What fun!

A couple of days ago I got Clint Eastwood’s Flags Of Our Fathers and Lauren and I watched it tonight. It’s about the famous picture of the Marines raising the flag at Iwo Jima and it’s quite a story. Great work by everyone; all the actors were very good and it’s the second time in a week I’ve seen Barry Pepper in a film after watching Three Burials Of Melquiades Estrada earlier in the week. Harrowing war scenes intercut with the story of how the photo raised war bond money back in the states and contemporary footage of the son of one of the soldiers in that photo trying to piece the story together. Echos of Saving Private Ryan in terms of the look and some of the bits of old men remembering the war and of course Steven Speilberg co-produced. Good movie though and it seems relevant in terms of the current war to remind us that selling a war isn’t exactly a new thing. 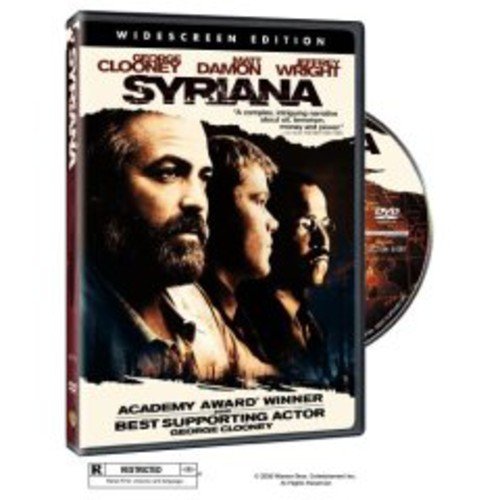 I like politics and so I went into Syriana expecting to like it a lot but I ended up being a little disappointed. Syriana is about the geopolitics of the oil industry. George Clooney and Matt Damon were both good and there were a lot of gripping scenes, interesting moments, and some insight into the way the oil companies and governments all tussle behind closed doors. While it’s not a bad movie but it didn’t really all come together for me. Writer / director Steven Gaghan wrote the screenplay for Traffic and I was reminded of Traffic a lot as we switch from location to location and character to character. Oil sheiks holding a party in Spain to a Washington D.C. lawyer to a terrorist training camp to somewhere else and someone else and then some other people in other places and oh look, it’s someone I recognize from a few scenes ago, I think. I’m fine with all of that thread weaving but in the end I really want a satisifying conclusion and there just wasn’t one.